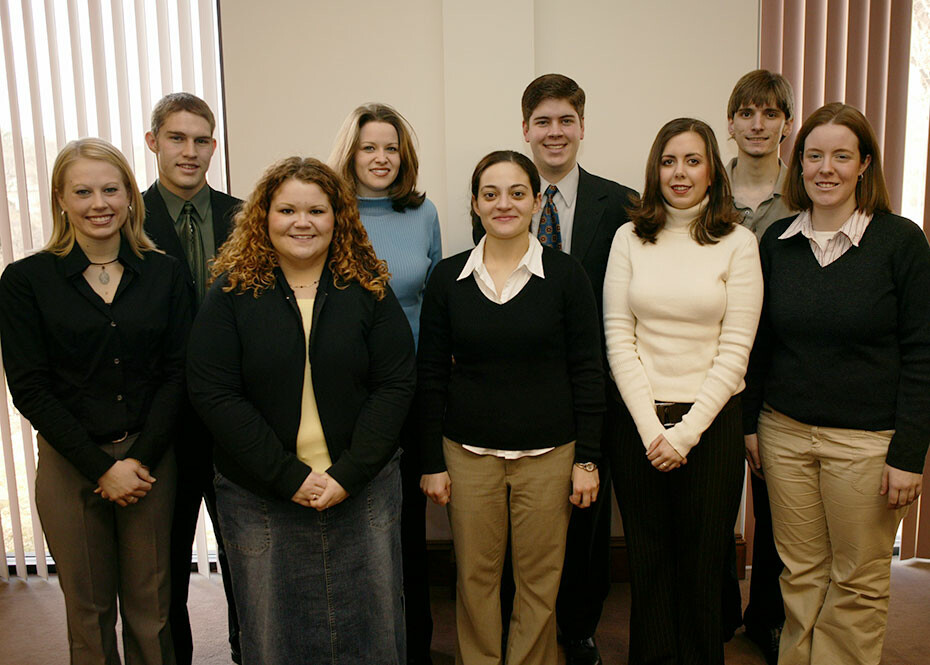 Alpha Chi's purpose is to promote academic excellence and exemplary character among college and university students. The name comes from the initial letters of the Greek words for "truth" and "character."

While its membership requirements are the same as Phi Beta Kappa, Alpha Chi is unique among honor societies because it encourages not only scholarship but also service and faithfulness to the religious ideals of Southern Wesleyan. Recommendations for membership come from the registrar and the academic dean; Academic Council approves candidates. Those who are inducted take a solemn pledge of membership to "guard with due diligence the scholarship of this university, the honesty and integrity of its scholars, and the moral and religious ideals of their alma mater."

Founded in 1915, Alpha Chi came to Southern Wesleyan in 1981, becoming the fourth chapter in South Carolina. Chemistry professor James Schmutz founded the chapter and served as its first sponsor. Academic Dean Gloria Bell served as the next sponsor, followed by the current sponsor, English Division Chair Laura Black. Dr. Brad Fipps and Bell are the assistant sponsors. Other faculty and staff who are Alpha Chi members are Jane Dill, Dr. Jonathan Gentry and Maria Kithcart.