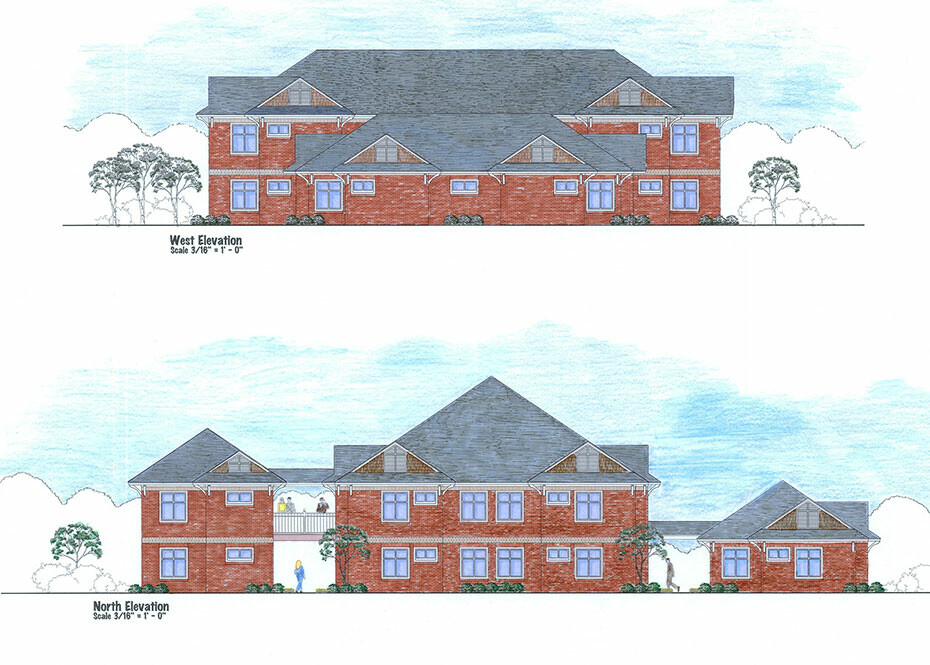 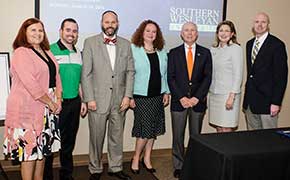 On March 14, Southern Wesleyan University, along with the Disabilities and Special Needs Boards of Pickens and Anderson Counties and The South Carolina Board of Disabilities and Special Needs announced the development of the initial phase of a special needs housing community. This represents a new type of collaboration, which will yield a living/learning community that will prepare its residents with special needs and disabilities for more independent lives.

The $1.7 million initial phase of the community consists of 9,371 square-feet of ADA (Americans With Disabilities Act) compliant apartment-style living space to be built on 3.4 acres of university property located between Wesleyan Drive and College Street.

Included in the Phase I project design is one four-bedroom unit, seven two-bedroom units, two one-bedroom units, staff facilities and common space. Also included will be a one-quarter mile walking trail and a covered van drop-off. Completion is expected by August 2017.

“With March being Disabilities and Special Needs Awareness Month, we thought this was an ideal time to make this announcement,” Voss said. “These apartments will house special needs friends along with Southern Wesleyan University students to serve as mentors in the process of preparing our friends for independent living and work.”

Elaine Thena, executive director of Pickens County Board of Disabilities and Special Needs, said that the special needs housing community will offer “all kinds of opportunities” for people with special needs and disabilities, including access to Catbus (Clemson Area Transit), providing a means to go shopping, to the movies, and other places without having to rely on someone else to take them there.

Tyler Rex, executive director of Anderson County Disabilities and Special Needs Board, said that the housing community represents a continuation in improvements to the way people with special needs and disabilities are being served.

“There will be 11 friends with disabilities and special needs living side by side with nine students initially in phase one. One day hopefully a student involved in this program will say this program is wonderful, but we can do better; we can go to that next step; I don’t know what that next step is, but I’m confident someone who’s going to be touched by this program will have that vision and say ‘we can do a little better.’”

Dr. Lisa McWherter, Southern Wesleyan’s vice president for advancement, outlined the architectural site and structural floor plan renderings for the first of three phases of the community as well as the many benefits its residents will realize by being integrated into the Southern Wesleyan University community. In addition to being paired with a Southern Wesleyan student mentor, additional opportunities McWherter outlined include dining, mingling and relaxing in the dining commons and university coffee shop, utilizing university athletic facilities, attending athletic and fine arts events, working on or off campus thanks to Catbus access, enjoying student and community activities like homecoming and area festivals, and becoming a part of music and performance groups.

“Southern Wesleyan University’s commitment to friends with disabilities and special needs runs deep. We welcome these friends into our community with open arms,” McWherter said. “SWU will be hosting Area 14 Special Olympics (Anderson Districts 1-4) on Wednesday, April 6, 2016.” McWherter said, “admission is free to the public and volunteers and spectators are welcome to attend. The Opening Ceremony will start at 9:45 a.m.”

Dr. Beverly A. Buscemi, executive director of the South Carolina Board of Disabilities and Special Needs, called this project “a major next step” toward serving the special needs community in a more integrated way.

“We can help create those social ties that bind; this is a perfect example of that because the relationships that are formed as a result of this housing project,” Buscemi said, adding that beyond just providing housing, the project will provide a place where social interaction and developing relationships will enrich the lives of both the special needs and disabled residents but also the students.

“Once again Southern Wesleyan University is a leader in showing a better way of life that demonstrates a God-given spirit to help others. Those being served and those they will serve will have a life-changing experience due to this program,” said Sen. Thomas Alexander (R-Oconee), in remarks read by Ethan Cashwell, Southern Wesleyan’s coordinator for alumni relations and special events.

District 6 Rep. Brian White (R-Anderson) chairman of the house ways and means committee, praised the project as an example of forward thinking related to serving citizens with disabilities and special needs.

“This part of the world is trailblazing, and we’ve been trailblazers for quite some time. I don’t think you get enough credit for that,” White said.

Recognizing retired T.L. Hanna Coach Harold Jones and James “Radio” Kennedy, who were present for the announcement and whose story became a major motion picture, White gave an example of the coach’s forward thinking decades ago. Another example White gave is how Walgreens took a gamble to employ people with disabilities when they developed a distribution center in Anderson County.

“Anything we can do from a state aspect, we’re here to help you and get out of your way. You all know how to do it better than we do,” White said. White also praised Clemson Area Transit for the role they will play in providing transportation for the housing community.

“This really warms my heart to see this innovation, this collaboration between government and a private university to enrich lives of others, to bring these individuals with special needs on campus, for them to be able to interact with students, faculty, community members,” said District 3 Rep. Gary Clary (R-Pickens).

District 5 Rep. Neal Collins (R-Pickens) said “What I’m really excited about is who is really going to benefit from this – it’s going to be the students here at SWU and the culture at SWU.”

This public announcement was well attended with almost 200 people present and was hosted by Southern Wesleyan University’s advancement office. With questions, or for more details, contact Elaine Thena at (864) 644-2500.