Turning Charleston on to music, one student at a time

Home : SWU News : Turning Charleston on to music, one student at a time

Turning Charleston on to music, one student at a time 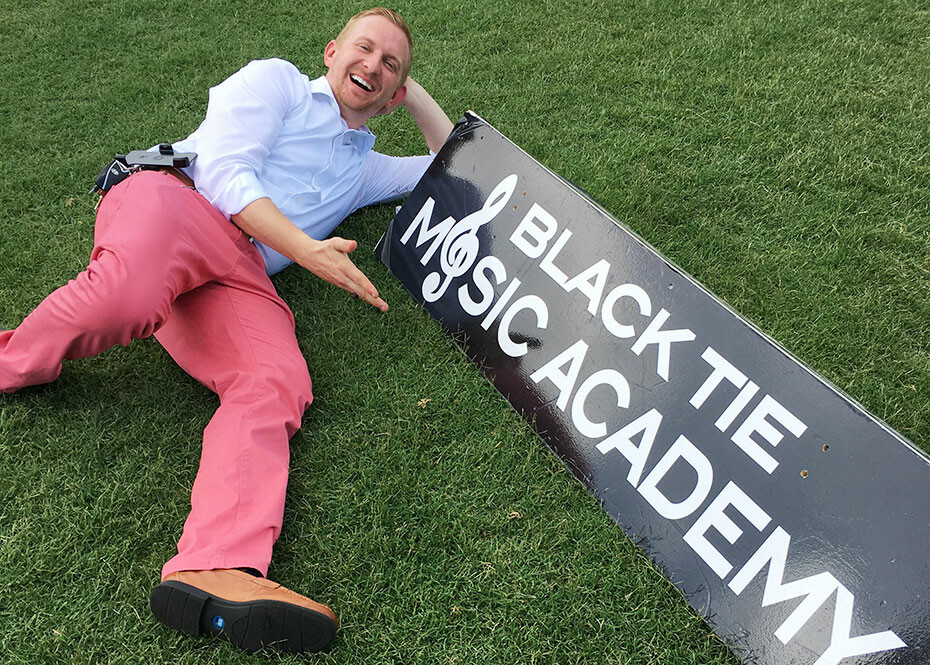 For Braeden Kershner, a 2007 Southern Wesleyan University music education graduate, discovering music led to a lasting passion and a drive to introduce young and old to a skill that fulfills.

From individual lessons to music entrepreneur

“It was never the plan to grow like this – it just kind of happened naturally,” Kershner says of Black Tie Music Academy, which grew out of his offering private lessons to students after he was finished teaching music in school.

“I would make house calls and I would make it fun. We did games and lessons. Word got around that music lessons could be fun, so I filled my schedule. I remember a lady saying ‘I want to take guitar’ and I was saying ‘I don’t play guitar.’ I found a guy who played guitar and I asked him if he could teach this lady. I taught him my method and he started teaching it. Word got around about him and his schedule filled up. That’s how it started – I just kept finding people and now I’ve got 70 and it’s still growing,” Kershner said.

Kershner noted, “A parent would come in and say they wish they could learn to sing or play, but they are full of self-doubt. Adults are the hardest students because they tell themselves their entire life that they cannot sing. They’ve built up this mental block, which is devastating to get through. That whole thing of ‘I’m not musical, I can’t learn this,’ it’s a skill like anything else. Anybody can improve – I’m not saying everybody can be Beyonce, but everybody can improve where they’re at, whether it’s singing or rhythm – anything.”

Giving back to the community

While Kershner’s private chain of music academies c, at the same time he’s sensitive to the need to make music education accessible to those who can’t afford private lessons; so he and a partner established The Music Battery, an after-school program at James Simons Elementary School in Charleston. The Music Battery’s mission is to provide youth with the tools, facilities, support and performance opportunities needed to achieve their personal goals. Students receive tutoring after school, then migrate to the practice room to warm up with calisthenics and marching drills. Each student also learns how to care for and play their instrument. They are given instruction in rhythm and music and are each assigned a section in a drumline, which is the heartbeat of a marching band.

In addition to The Music Battery, Kershner has also directed Citadel cadets who performed as a gospel choir.

Kershner learned early on in life how valuable and therapeutic music could be.

“My upbringing was crazy, so I latched onto music – it kept me out of trouble,” Kershner said.

Kershner continued to pursue music after enlisting in the U.S. Marine Corps, joining field bands and touring the world performing for troops in the U.S., Canada and Mexico – even playing once for then-president George W. Bush.

After his stint in the Marines, Kershner came to Southern Wesleyan University, but not without preconceived notions about college and college professors whom he thought to be distant and stuck-up. Music professors Greg Day and Dr. Don Campbell quickly dispelled those notions as they worked closely with Kershner. He realized he was receiving individualized instruction not available anywhere else. Dr. Chuck Mealy, a Southern Wesleyan staff member, also took time for Kershner, providing guidance he has never forgotten.

“So many people poured themselves into me and I just want to pass it on,” Kershner said, adding that his SWU experience shaped his teaching philosophy.

“I learned basics at SWU – establishing relationships with students before the really good learning can happen. Just take two minutes to ask about their school day, their name, their pet’s name and when their birthday is, then get into music. A lot of times new teachers will sit down and say ‘okay, let’s learn the C scale’ and you don’t know the person and they are terrified of you,” Kershner said.

Music as a life skill 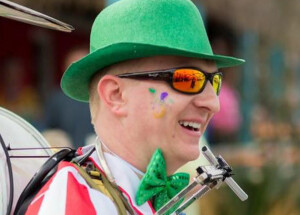 For Kershner, making music fun means presenting music in unique ways – from organizing live performances in the arrivals area of Charleston International Airport to being (to his knowledge) Charleston’s only one man band.

Whether he’s working with his students at Black Tie Music Academy or any of a number of different settings or age groups, Kershner lives by the philosophy that music is a lifelong passion anybody can develop and grow.