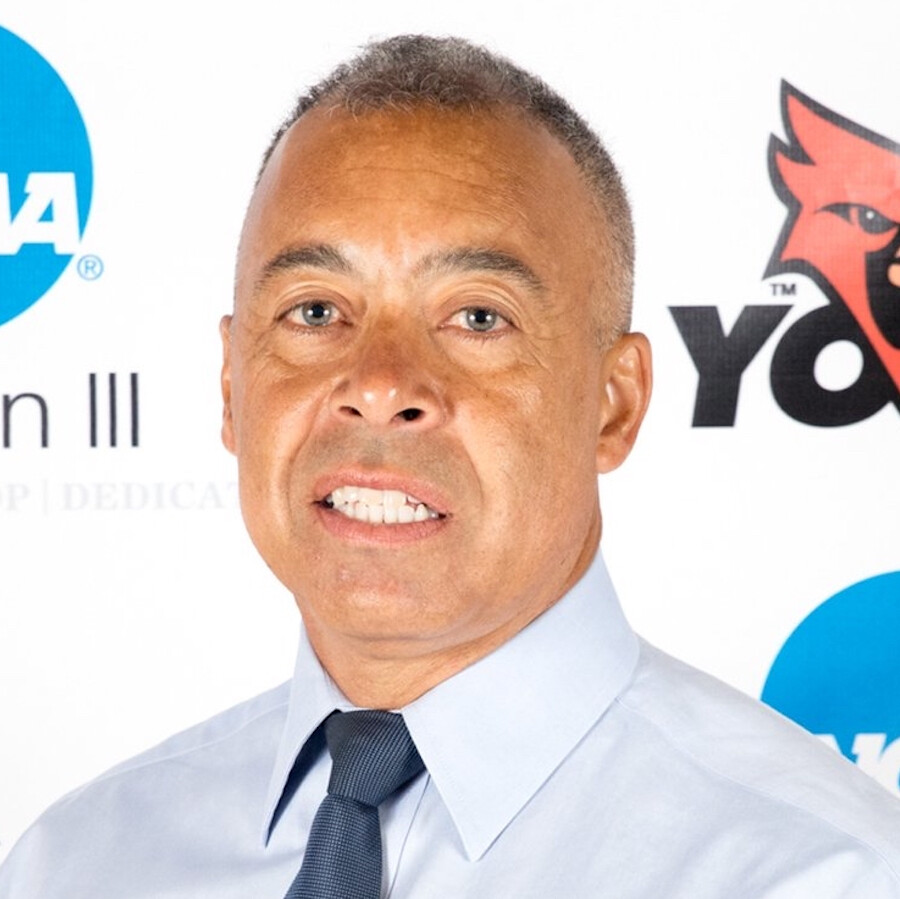 Southern Wesleyan is excited to announce Al Meneses as the new Head Women's Soccer Coach for the Warriors for the upcoming 2021-22 school year.

"I am so excited to welcome Al and his family to the Warrior Family!" said Director of Athletics Julia Reininga. "He is a wonderful fit for the Women's Soccer Program, his extensive coaching experience and Godly leadership will no doubt make an impact right away. Thankful to have him as part of team SWU!"

Al Meneses will join the Warriors after serving as the head men's soccer coach at York College for four seasons. While coaching the Cardinals, Meneses helped them capture their first season-opening win since the 2014 season. He worked to change the program's culture and direction while developing CUNYAC first and second-team All-Star selections along with a Sportsmanship Team selection.

Prior to coaching at York, Meneses served as the assistant coach to the women's soccer team at Suffolk County Community College. In addition to coaching for NCAA DIII and NJCAA schools, he also served for two seasons as an assistant coach at his alma mater, NCAA Division I, St. John's University.

During the 2017 and 2018 seasons, he served as the coach of the Port Jefferson and Long Island Rough Riders men's under-23 team. He led each of the programs to post-season play during his time there. More recently, he served as the youth team coach with the Long Island Soccer Club where he was the head coach for the U18/19 girls and U15 boys teams. Both teams competed in the EDP National League.

Since 1993, Meneses has served as the director of training and player development for the Sound Soccer Academy in Miller Place, New York. While there, he worked in helping develop and implement curriculums for camps, clinics, team, and personal training. Through the Sound Soccer Academy, he has had the opportunity to coach and train both travel and premier teams ranging from 9-23. Meneses has continued his impact on the soccer community as he served as a coach for the Long Island Rough Riders and Port Jefferson Soccer Clubs since 2010. While there he has worked with recent NCAA Division I, II, and III graduates as long as many amateur players. Under his guidance, the men's programs have developed into one of the most competitive ones in the states.

Prior to coaching, Meneses attended St. John's University and NYU-Polytechnic. He received a Bachelor of Science in Physical Science from St. John's while gaining a Bachelor of Science in Aerospace Engineering from NYU-Polytechnic. He was a member of the Hartwick College (1984) soccer team and a two-year member (1985-86) of the St. John's men's soccer team prior to playing professionally with the Long Island Rough Riders (USISL) and Glen Cove Xara (NEPSL). Meneses has licenses and education from the United Soccer Coaches organization and the US Soccer Federation.

"I would like to thank Athletic Director Julia Reininga and the SWU selection committee for the amazing opportunity that I have been given to lead the women's program into a new direction," said Meneses. "The team seems well positioned for a great future and I look forward to working with all the athletes, staff and administration in creating a successful and winning tradition. As we look to continue to grow in our walk with the Lord and to abide in Jesus always and in everything, the task given to me to help disciple the young women and athletes at SWU is one that I am extremely thankful and excited for."