Where ministry and community development go hand in hand

Where ministry and community development go hand in hand 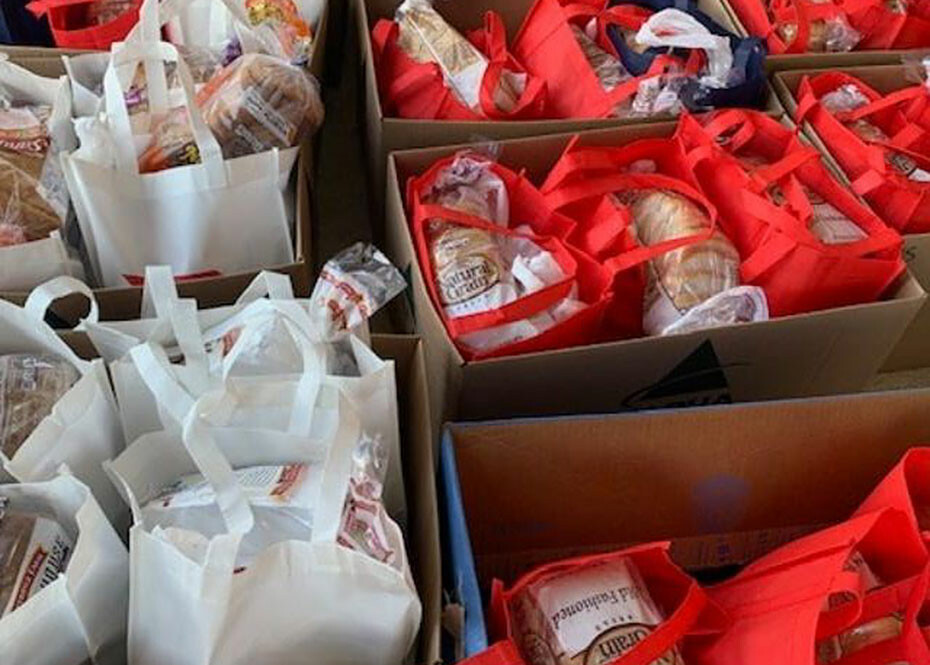 As part of Keystone SafetyNet, Mission of the Dirt Road has been working around the clock since March 12 to communicate with stakeholders and identify how to best address needs during school closures and food shortages, helping to staff the Lake Area Ministries (LAM) food bank, collecting funds and specific grocery items to provide families in need.

Mission of the Dirt Road is about making disciples for community development. 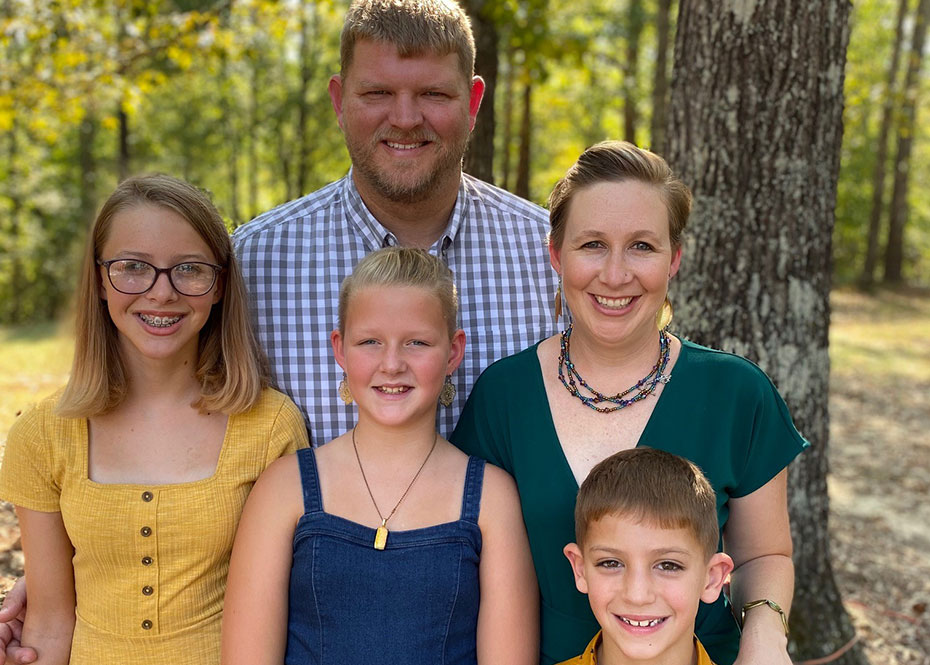 Mission of the Dirt Road founder Carey Morford with husband Isaac and children.

A Southern Wesleyan University graduate and her husband felt called to move out of the walls of their church and be Christ’s hands and feet in the small community of Keystone Heights, Fla.

“There were some issues with the homeowners association and it never got off the ground,” said Carey Morford, a 2003 SWU Religion graduate. “High Ridge was labeled by the state as an antiquated subdivision, a term for areas that have the potential to be blighted.”

“There’s a great contrast between the city limits and the neighborhood I’m in,” Morford said. “When I started working at our local public school I fell in love with the neighborhood. I was assisting in a classroom, and the lead teacher in that classroom and I decided to drive around the neighborhood and people could come and get free books. Then we started a community center.”

Morford recalled how God did the unexpected when someone offered to donate land for them to use as a community center.

“The zoning officer said ‘you absolutely can’t put a community center there; the only thing you could put there would be a church.’ I sensed God forcing my hand,” Morford recalled. “It was really the moment that shifted everything – it’s going to be a church plant. In about a year to 18 months we committed to doing a church plant.”

Not wanting to do an independent church plant, Morford reached out to a former co-worker, Beth Petersen at ALIVE Wesleyan Church in Central, who recommended they speak to Patrick Styers, superintendent for the Florida District of The Wesleyan Church, who helped them get started. Morford was already ordained through a local non-denomination church, so she transferred her ordination and the church plant was approved in 2016.

Morford and her husband Isaac, a local public school teacher, moved from their custom-built home to a smaller house in High Ridge.

The mission for Mission of the Dirt Road is “making disciples for community development,” lived out in a variety of ways by the Morfords and those in their congregation.

“We try to facilitate really both ways – helping institutions understand barriers my neighbors experience and helping my neighbors navigate institutions such as schools and the sheriff’s office. We have been a part of starting Keystone SafetyNet Alliance – community organizations pulling together our community leaders, faith leaders and business leaders to address problems without duplicating services,” Morford said. “My day to day job is talking to other community leaders.”

“Keystone is small and a lot of infrastructure is missing,” Morford noted, adding that though Keystone Heights doesn’t experience the same level of violent crime as other communities but still has issues with poverty, domestic violence and drugs.

Mission of the Dirt Road has recently purchased a building along State Highway 100, the main road through Keystone Heights, and they hope to have it ready as a community center within the next few months. Morford envisions the building as a space for future community gatherings and where they can help the community’s residents with a variety of needs.

Morford grew up in Florida and initially thought she would stay in her home state.

“I didn’t know about The Wesleyan Church, I grew up in Methodist and non-denominational churches and I really thought I’d stay in the state. When taking the ACT and SAT, they want you to send scores to schools. I had two schools I sent scores to regularly. SWU is near Greenville so I randomly picked Southern Wesleyan University from a list. My grandparents had been in Gaffney and Spartanburg,” Morford said, adding that her coming to SWU was “a God thing.”

Morford readily admits she never fit in a “box.” When she was a student, hesitant at first to enter ministry, several of her professors and Rev. Ken Dill, university chaplain, affirmed gifts she had in a caring manner.

“These people have encouraged me to just be me. That has been so helpful,” Morford said. “Even though I wasn’t ready to say I was called to be a pastor, they all talked to me, poured into me and affirmed gifts in me and trained me. I was still very much running from my call – I look back and am so thankful for the way they continued to say ‘you have gifts and are a leader,’ you’re called to something.’ That later I was able to fall back on.”

Community response amidst the Coronavirus pandemic

In response to the global Coronavirus pandemic, Mission of the Dirt Road began moving their worship services to an online format in March. As founding partners with Keystone SafetyNet Alliance, the groundwork that was laid last year is helping Keystone Heights better deal with the current crisis climate. Working closely with Clay County Emergency Management and other local officials, Keystone SafetyNet has been working around the clock since March 12 to communicate with stakeholders and identify how to best address needs during school closures and food shortages, helping to staff the Lake Area Ministries (LAM) food bank, collecting funds and specific grocery items to provide families in need with meals and other hygiene/cleaning supplies, developing volunteer leaders to oversee service teams involved in transportation, well-check calls, ordering and inventory of food/supplies, assembly and distribution of meal boxes and other areas of need.

They have also established drive-through distribution sites to meet the needs of people not fitting the demographics being served at the school or LAM, providing families (of five) with groceries for seven meals and other necessary supplies, along with a “survival” tip-sheet and recipes/instructions. To date, more than 1,200 families have been assisted through these efforts. Details can be found in their newsletter.

For details about Religion degrees, contact Southern Wesleyan University at 877-644-5556 or visit www.swu.edu.