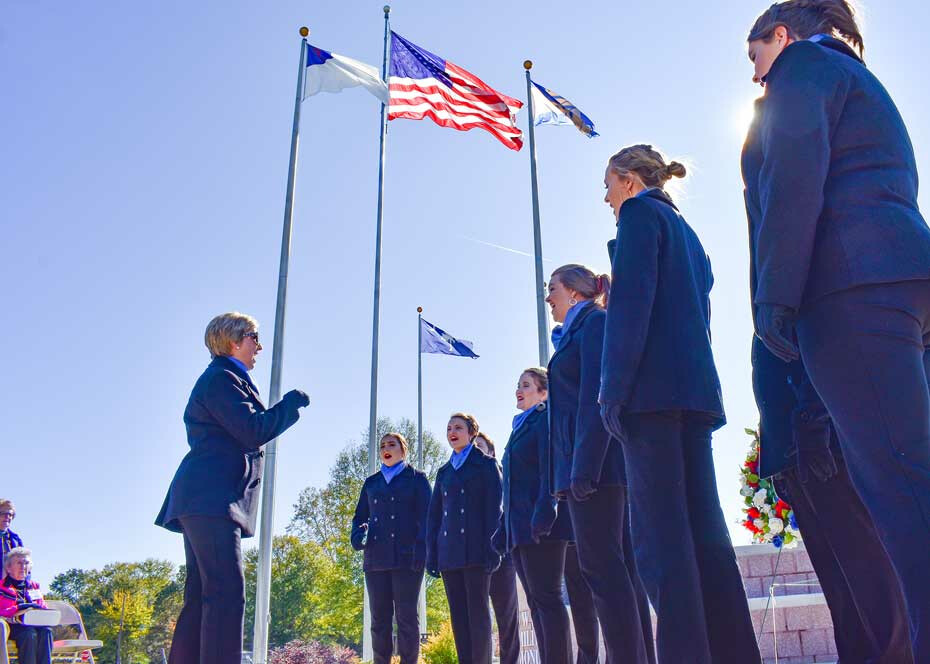 Rev. Gail Kerstetter directs the University Singers as they perform patriotic music during a blessing ceremony for the SWU Military Monument. The ceremony was part of Southern Wesleyan University’s Military Appreciation Event Nov. 13 at the Central campus. 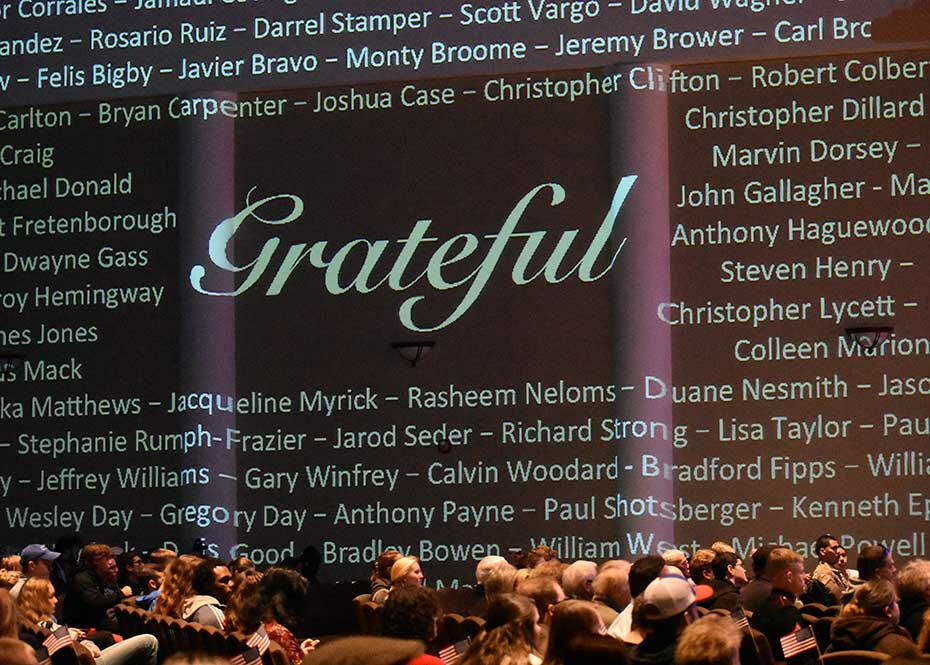 On the walls of Newton Hobson Auditorium were projected the names of faculty, staff and students who are veterans or currently serve in military uniform. 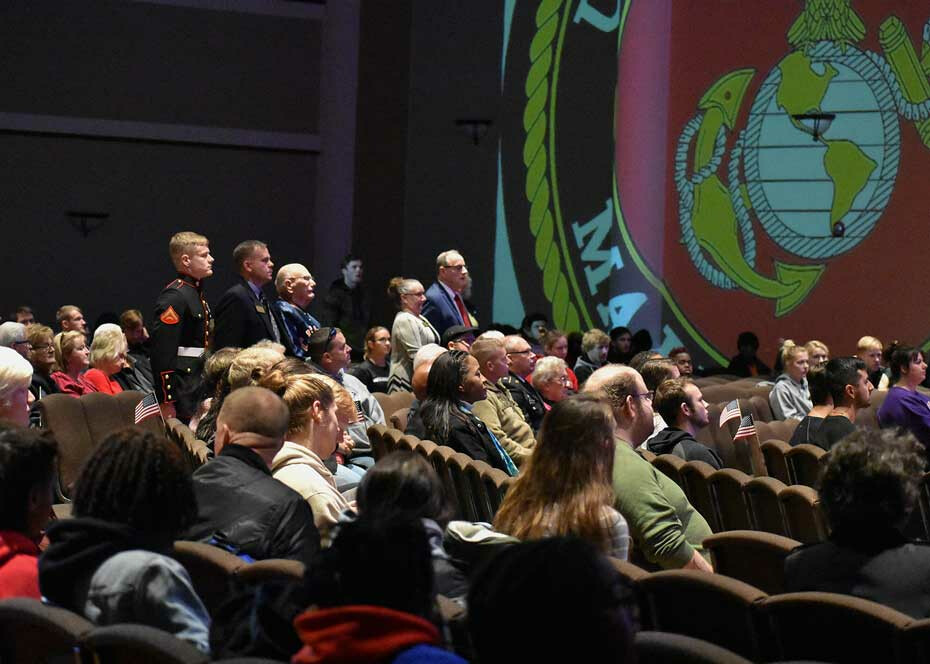 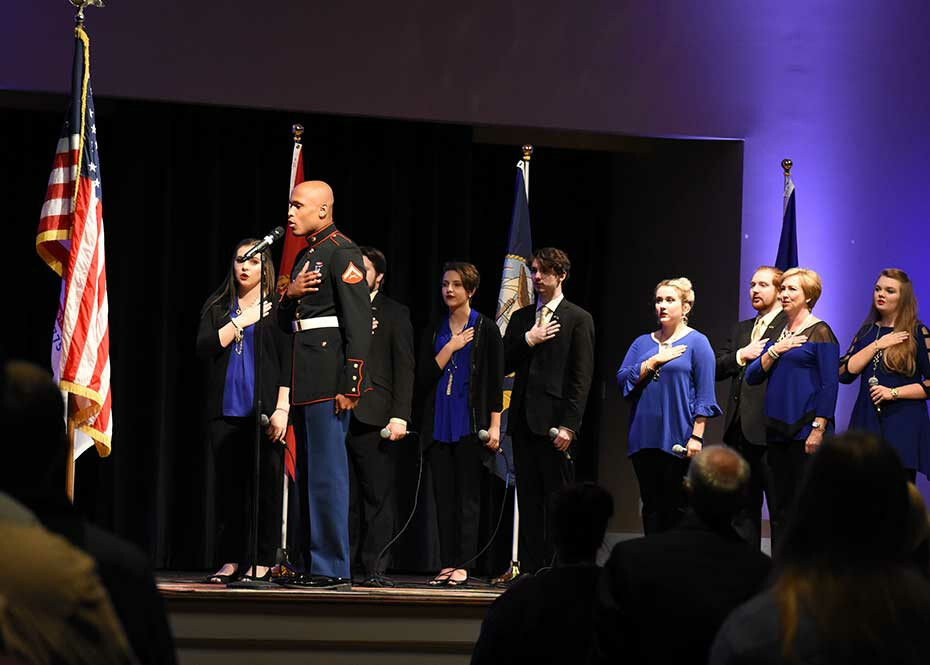 PFC Shonquez Caldwell of Spartanburg leads in the Pledge of Allegiance. Caldwell is a Criminal Justice major. Also pictured are University Singers members. 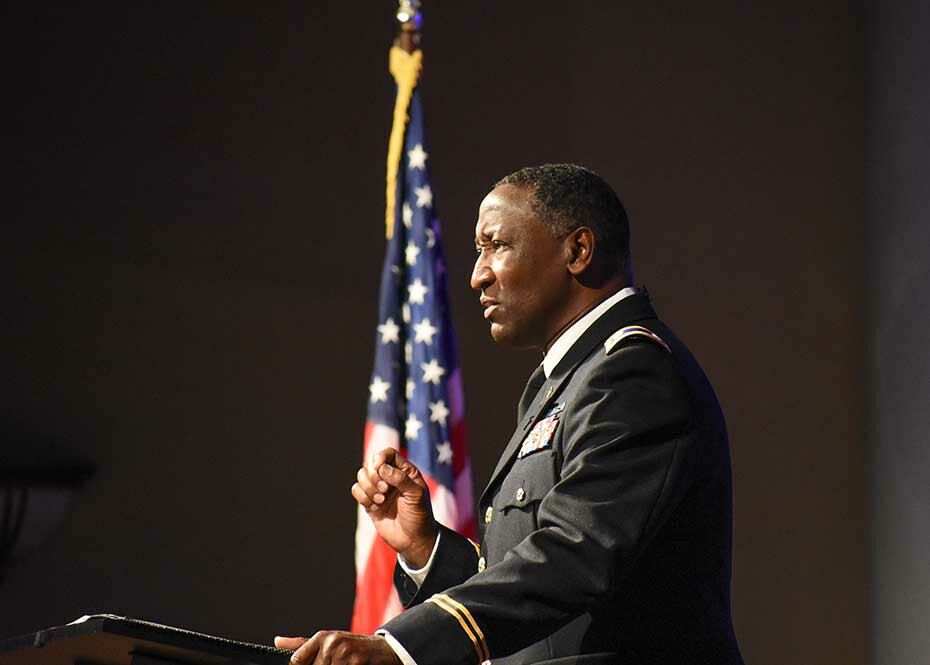 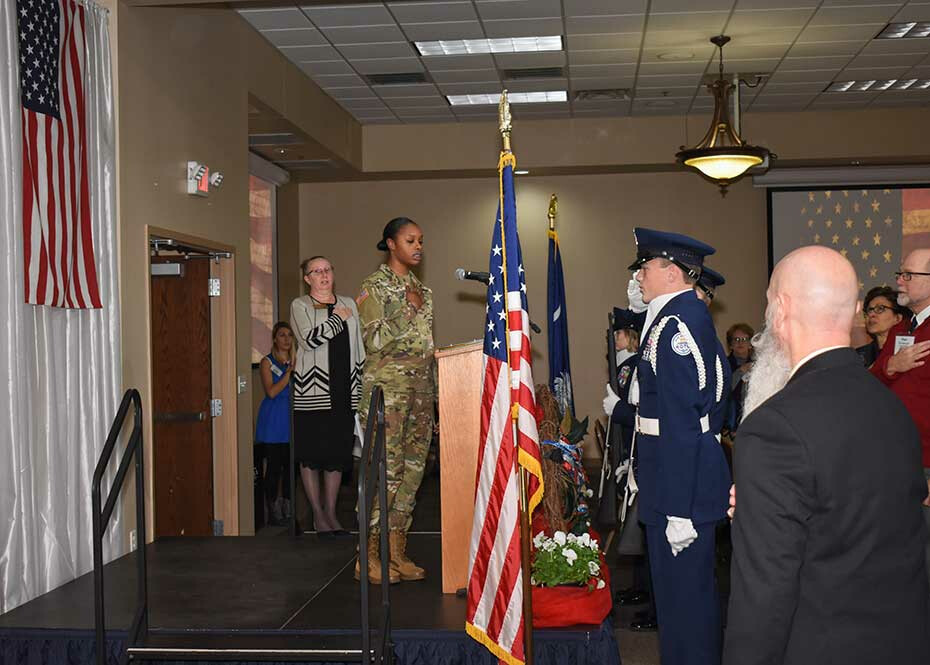 PFC Kiunah Fye of the National Guard, also a 2018 SWU Human Services graduate, led in the Pledge of Allegiance; and the Daniel High School JROTC presented the colors. At left, Donna Pittman, SWU's VA benefits coordinator, praised those who have served in the Armed Forces for their selfless service and sacrifice. 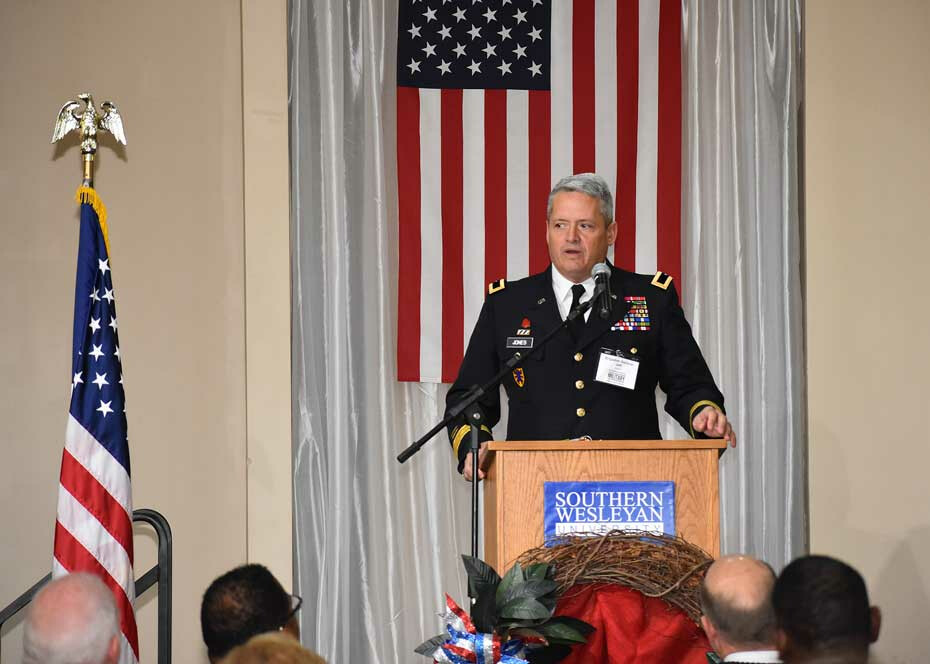 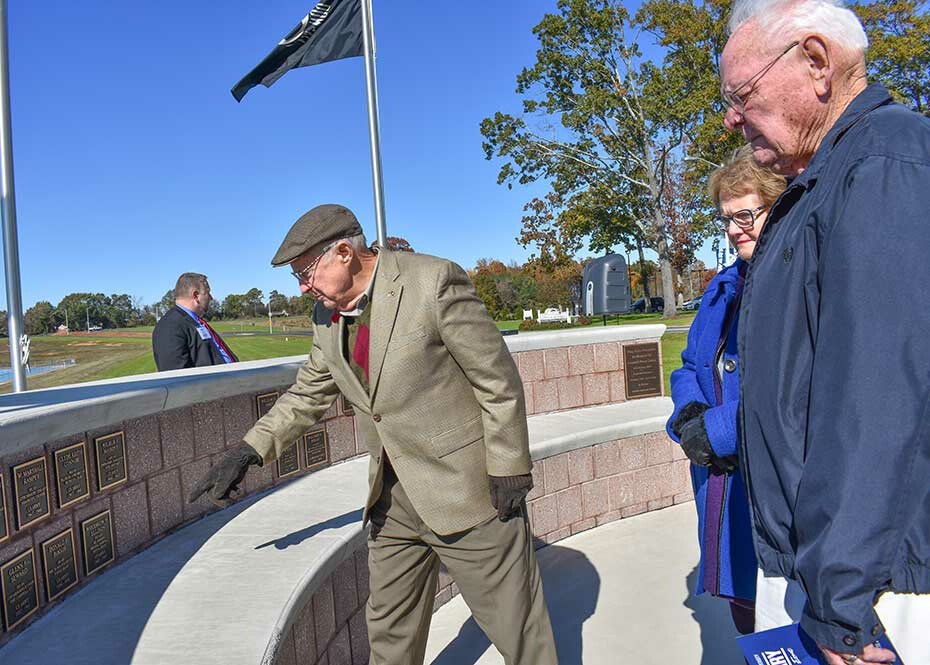 Dr. Bob Nash looks over bronze plaques placed on the SWU Military Memorial as Harriett Nash and E.B. Thomas look on. Nash, whose vision brought the memorial to the Central campus, is a retired SWU professor who served in the Army as command sergeant major.

Attending the military appreciation events were veterans of wars in Vietnam and the Middle East, as well as Southern Wesleyan students and alumni who are currently serving in the military.

Chapel highlights included Southern Wesleyan student and Lance Cpl. Shonquez Caldwell of the Marines, leading in The Pledge of Allegiance; and the University Singers presenting a repertoire of patriotic musical selections, including a medley of songs honoring each branch of the United States military.

Speaking to a military appreciation luncheon was U.S. Army Brigadier General Jeff Jones, Deputy Adjutant General for the South Carolina Military Department. Jones recognized several heroic members of our surrounding community by name and praised them for their service and sacrifice during wartime, including the many who sacrificed their lives for their country, saying “heroes are common people who did uncommon things for the betterment of mankind.”

After the luncheon, Southern Wesleyan held a brief ceremony to bless its military monument, a place where the service and sacrifice of men and women in all branches of the U.S. Armed Forces will be remembered for years to come. Over the monument, located beside the Sheriff National Guard Memorial Flag Plaza, fly five service flags, which will be raised only on national holidays, observances and other special occasions, including President’s Day, Memorial Day, Flag Day, Independence Day, Veterans Day and other military events on campus. Along the rear of the wall is the message “We will remember.”

Dr. Bob Nash, a retired professor who served in the Army as command sergeant major, was recognized for his role in making the monument possible as a place to honor those who have served in uniform. On the monument are bronze plaques for loved ones living or deceased who are Southern Wesleyan alumni or relatives, as well as current or previous faculty or staff members with documented military service. For details on ordering a plaque for the monument, visit www.swu.edu/giving/military-monument or contact Southern Wesleyan University’s Office of Advancement at (864) 644-5006 or email  .

For details about Southern Wesleyan’s commitment to the educational success of veterans as a Military Friendly School, visit swu.edu/military or contact Donna Pittman, VA benefits administrator, at   or call (864) 644-5536.